To share your memory on the wall of Anthony Hepburn, sign in using one of the following options:

Anthony was known as “Monk” or “Big Anthony” to all his family and friends. He loved his family and getting together with them to celebrate or to just spend quality time. He would greet you with the biggest smile and hug.

Anthony was a man who loved family. He has two daughters Teyona and Imani Hepburn with whom he shared a special relationship. Later in his life, Anthony fell in love with and married Esther Pettiford. They remained together until her death. Anthony raised and cared for his daughter Imani until she graduated High school. Even though both his daughters moved down south, Anthony contacted his daughters weekly, their father/daughter conversations were the highlight of his day and brought him so much joy.
Anthony had a heart of gold. He always was concerned about others. He would never leave a conversation with you without asking about your whole family. He was the type of person who was always willing to help. If you ever needed anything, he was there for you.

He was predeceased by both his parents Gloria and Richard Hepburn and his wife Esther Pettiford.
Anthony leaves behind his two daughters Teyona Kimble-Hepburn of Maryland, Imani Hepburn of South Carolina, two sisters Joy Williams, and Pamela Hepburn both of Yonkers, NY, one brother Jackie Williams of Yonkers, NY, four grandchildren Craig Jr., Morgan, Megan and Milan, an extended family from his late wife, Esther Pettiford, an aunt, and a host of nieces, nephews, cousins, and friends. Anthony will be missed but never forgotten in the hearts of all who knew and loved him.

Services were held privately. If you wish you may leave a condolence message for Anthony on his Memory Wall at flynnmemorialhome.com.
Read Less

Receive notifications about information and event scheduling for Anthony

Consider providing a gift of comfort for the family of Anthony Hepburn by sending flowers.

We encourage you to share your most beloved memories of Anthony here, so that the family and other loved ones can always see it. You can upload cherished photographs, or share your favorite stories, and can even comment on those shared by others.

Posted Jun 18, 2021 at 10:19am
To my cousin Anthony,
You will be missed terribly words can't explain the pain I feel in my heart. Anthony you were one in a million always happy and made alot of great jokes! I wish this was just a bad dream, but as reality set in I see it isn't, your memory will live forever. I am very grateful that I had a awesome cousin like you and also for the time we had you here on earth. The selflessness, caring, and loving person you were is what people will remember the most and your legacy will live forever, Continue to SIP Love your cousin
Shatonia aka Tubby🙏🏽🥲
Comment Share
Share via:
L

Posted Jun 18, 2021 at 07:55am
I miss you Anthony why you leave us Morgan Megan miss you so much they ask about you everyday I don’t know how to tell them you not here anymore continue to watch over us Anthony I love you tell my mom I love her see y’all when I get there 😢😘
Comment Share
Share via:

Posted Jun 17, 2021 at 01:04pm
Uncle Big Anthony, Man I Didn’t Think I Would Be Writing This To You, I wasn’t ready for this at all... Well I Guess It Was Time For You To Leave Us So You Can Be Back With Your Wife, Mom & Dad. Tell Gma & Gpa I said hello & I Love Them...Man I’m going to miss hearing you call me Boobieeee. Sleep Easy Uncle & You’ll Always Be In My Heart ❤️ 🥰🥲
Comment Share
Share via:
PH

Big Anthony talk to me nice I got this good old bogie waiting for you I wish u were here. U really caught me off guard with this one still shocked. 💙💙 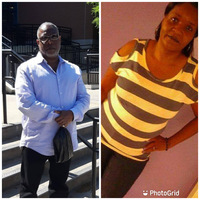 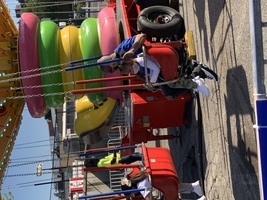