To share your memory on the wall of Marciano DeGrace, sign in using one of the following options:

On March 8, 2021 the Yonkers Community lost Marciano to complications of Covid-19. Marciano was a constant presence in Cape Verdean and Portuguese Social Circles. He arrived in Yonkers, NY... Read More
Marciano do Espiritu Santo DeGraca 6/5/38-3/7/21

On March 8, 2021 the Yonkers Community lost Marciano to complications of Covid-19. Marciano was a constant presence in Cape Verdean and Portuguese Social Circles. He arrived in Yonkers, NY on May 3, 1959.

After a short career as a line worker for General Motors in Tarrytown, NY Marciano joined The National Maritime Union (later Seafarers Union). He traveled the globe as an Able-Bodied Seaman until his retirement in 2002. Marciano often returned to his native Cape Verde Islands to pass the winters. He was an avid soccer fan and enjoyed spending time in Providence, RI with family and friends.

He is predeceased by his father John B. DeGrace an early pioneer of the Cape Verdean Community, his stepmother Maria Daluz DeGrace of Yonkers, NY, and his brother Antonio of Hyannis, MA.

He is survived his brothers Albert, Arthur, Adolfo of Yonkers, Edwin of Pensacola, FL, Lionel of Brunswick, ME, John Jr. of Cobleskill, NY; and Edward of Allentown, PA and sister Adelia of FL, Lidia Williams of Charlotte Court House, VA and Stella of Cobleskill, NY.

He is also survived by his son Marc of Washington DC, daughter Nicole of Providence, RI, grandchildren, Brajhae, Zhane, Joshua and Josiah, and great-grandchildren Blake, Denver and Blue.

Due to Covid restrictions, there will be an invitation only service at Our Lady of Fatima Catholic Church on Broadway in Yonkers.
Read Less

Receive notifications about information and event scheduling for Marciano

Consider providing a gift of comfort for the family of Marciano DeGrace by sending flowers.

We encourage you to share your most beloved memories of Marciano here, so that the family and other loved ones can always see it. You can upload cherished photographs, or share your favorite stories, and can even comment on those shared by others.

Posted Mar 26, 2021 at 08:15pm
With sincere condolences for the loss of your father, our beloved & remarkable brother, brother-in-law & uncle. Our thoughts & prayers are with you

Posted Mar 25, 2021 at 05:43pm
Just sharing memories of my time with Marciano baby nicole n us taking a ferry to the Statue of Liberty. He showed me many things during our memorable times so precious including how to dance like CV’s do . Deeply missed

Posted Mar 25, 2021 at 11:43am
As far back as I can remember, Marciano has been present in my life. I remember all the dinners at my parents house as a child. He was very close to my folks and I saw him a lot. Even as an adult, whenever I visited on the weekends, I'd run into him. He had such a magnetic personality and can easily draw people to him. He visited Cabo Verde a lot and always had a story when he came back. Always pushed for me and my siblings to go visit there. I gave him my word that I will one day and still intend to keep it. I just wish I would have went there timely, so I can have my own story to share with him. He will be missed. Deepest condolences to all who loved him. I'm sure he'll have even greater stories when we see him again.
-Dan Brito
Comment Share
Share via: 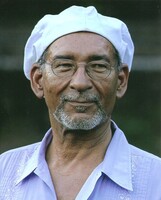 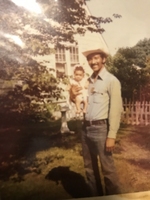 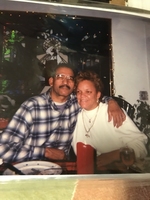 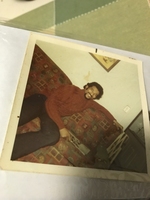