To share your memory on the wall of Michael Salerno, sign in using one of the following options:

Print
On March 6, 2021, Michael Louis Salerno made his transition into the Lord’s arms after a brief illness. He lived independently at The Wartburg in Mt Vernon, NY. He was 97.

Born in Brooklyn, NY on October 18, 1923, Michael was raised ... Read More
On March 6, 2021, Michael Louis Salerno made his transition into the Lord’s arms after a brief illness. He lived independently at The Wartburg in Mt Vernon, NY. He was 97.

Born in Brooklyn, NY on October 18, 1923, Michael was raised with his 3 brothers, Phillip, Sam and Charles and his beloved sister, Rose. As a young boy he was crushed by the loss of both his sister and father, Louis Salerno, in a span of a few short years. His mother, Carmella Spinelli, widowed in her early 30’s, did her best to sustain a home for her sons. Though she was resourceful and hard working, Michael and his brothers lived in and survived deep poverty.

Enlisting in the Army in June, 1943, Michael was sent a year later to Hawaii to create and oversee a curriculum program for further education of his fellow soldiers. While in the army, he attained the rank of Staff Sergeant before receiving an Honorable Discharge in June, 1946.

While serving, he married Marie ( nee Innamorato) , whom he was married to for 46 years. Shortly after her death, Michael was blessed with the second love of his life, Elinor Ranieri, whom he was devoted to for 31 years, until the time of his death. He was a beloved member of the Ranieri family including Carol Guthrie, Ralph Ranieri, Peter Ranieri, Paul Ranieri and Robert Ranieri (and their spouses). He was a grandfather figure to their children and grandchildren and his influence will be felt for many years to come.

Michael had a unique talent to grasp any skill he set his mind to. While at the S & R Glass and Mirror shop, he perfected his skill in this field, which lead him to opening Mastercraft Mirror.
Fascinated by the Manhattan jewelry district, he was determined to understand more about that field, which eventually unfolded into the business Mastercraft Jewelry.

He also worked at the Western Electric Company but his great passion became dental work. Michael received a Graduation degree in Dental Technology from the Kerpel School of Dental Technology in 1951, completing 2600 course hours.

He was an incredibly resourceful, always curious, fiercely loving man who rose above the difficult circumstances of his youth to live a full and bountiful life. He confessed Jesus Christ as his personal Savior toward the end of his life, which brought him great peace and faith.

He knew and sang the words to most Frank Sinatra songs and often recited Psalm 23 from memory. He loved attending Easter and Christmas Cantatas at the Montvale Evangelical Church in NJ.

Michael is survived by his daughters, Barbara Maiorano and Rosemarie Palladino, 6 grandchildren and 2 great grandchildren. He was the beloved uncle to many nieces and nephews, all of whom have wonderful stories of his humor, readiness to help and his incomparable energy and zest for life.

May his memory be a blessing to all who loved and knew him.

" I am the Resurrection and the Life; He who believes in me even if he die, shall live; and whoever lives and believes in me, shall never die."
John 11:25-26

A brief celebration of Michael's life is scheduled for Wednesday, March 10 at 1:00 pm at the Ferncliff Cemetery, Hartsdale, NY.
Read Less

Receive notifications about information and event scheduling for Michael

Consider providing a gift of comfort for the family of Michael Salerno by sending flowers.

We encourage you to share your most beloved memories of Michael here, so that the family and other loved ones can always see it. You can upload cherished photographs, or share your favorite stories, and can even comment on those shared by others.

Posted Mar 14, 2021 at 08:58pm
Dear Carol:
Thank you for letting us know about Michael's passing. We are deeply saddened to learn about his death. I was just starting to put some pictures together of our family to show and had mentioned to Marie that I wanted to visit him as soon as the restrictions were reduced. I would like to thank you and your family for providing his last wishes.
Mike and I became friends in the early 80's during the insanity of the busing and housing issues in Yonkers. He came along in my life when I needed a father figure as my dad died at 59. We used to sit in his basement dental lab and have great conversations about life, responsibility, family and faith. We made many trips to the diamond district in the city and sometimes he would stop to check on a mirror job he had going on Park Avenue. and then drop off a dental job in Yonkers. He was so happy about being with your mom.
I feel blessed that at least you were able to let him know that I was trying to find him and really cared about him. I would be grateful if you could send me or drop off a pamphlet that your brother had made up for him.
Again many thanks to you and your family. God bless all of you!!!
Sincerely,
William and Marie Wicoff
82 Roundhill Drive
Yonkers, NY 10710

Posted Mar 11, 2021 at 01:54pm
With loving memories of "Michael Salerno", He will be missed but never forgotten. A true friend to all. RIP, Love, Linda and family

Posted Mar 10, 2021 at 01:22am
Your legacy remains a blessing to the people you left. Thank you for being so generous to little Petey. We will never forget you and I promise when Peter III is older, I will show him all these photos and tell him about how wonderful of a great grandfather you were to him.
Comment Share
Share via:

Posted Mar 10, 2021 at 01:21am
Your legacy remains a blessing to the people you left. Thank you for being so generous to little Petey. We will never forget you and I promise when Peter III is older, I will show him all these photos and tell him about how wonderful of a great grandfather you were to him.
Comment Share
Share via: 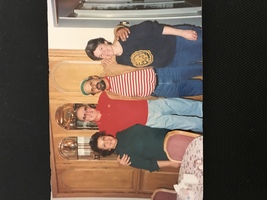 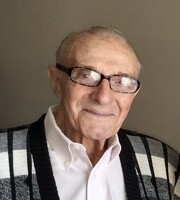 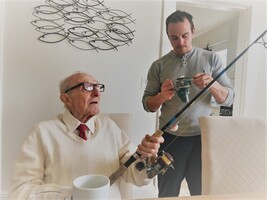 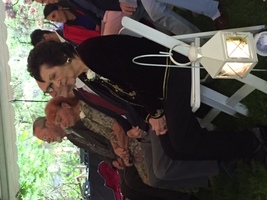