To share your memory on the wall of Ruben Andres Martino, sign in using one of the following options:

Print
On Friday, December 11, 2020, Ruben Andres Martino, the loving husband and father of three children and two grandchildren, passed away at age 64.

Ruben was born on November 10, 1956 in Bronx, NY to Ruben Martino and Laura Montalvo. He w... Read More
On Friday, December 11, 2020, Ruben Andres Martino, the loving husband and father of three children and two grandchildren, passed away at age 64.

Ruben was born on November 10, 1956 in Bronx, NY to Ruben Martino and Laura Montalvo. He was raised in the Bronx and attended Bronx High School of Science, graduating in 1974. He then attended Yale University with the class of 1978 and the University of Pennsylvania Law School, class of 1981. Ruben began his career as a staff attorney for Bronx Legal Services. He then worked his way to becoming the senior supervising attorney. Ruben was then appointed to the Housing Court in 1994 and later appointed to the Family Court by Mayor Michael Bloomberg. He passionately worked and practiced law for 38 years.

On July 2, 1983 Ruben married the love of his life Joyce Cortez. They raised three children, Ruben Anthony, Eric, and Yesenia. He was a family man who cared deeply about helping others above himself. When he wasn’t working, he was helping his kids with homework, driving them to piano practice, or picking them up from a friends house. He would keep in touch with his friends and was gifted at maintaining healthy relationships. He would visit his uncle William regularly on the weekends to provide him with food, fix his telephone, and spend quality time together. He was very kind, generous, and humble.

Ruben was also incredibly passionate about playing basketball, painting, salsa dancing and reading. He was a talented and intelligent man. He and his wife took salsa dancing classes together and would dance at home anytime salsa music appeared on the radio. And every Friday after work, he would play his favorite sport, basketball, with coworkers. He always cherished spending time with people around him. He would paint with his children and his home is filled with paintings made throughout the years. Ruben was a smart and loving family-man. He is a man who always tried his best.

Ruben was preceded in death by his father Ruben Martino and mother Laura Montalvo. He is survived by his wife Joyce, his three children, his brothers Ronnie and Richie, his grandchildren Nilah and Naliyah, and many cousins.

He is loved by many and will be deeply missed.
Read Less

Receive notifications about information and event scheduling for Ruben Andres

Consider providing a gift of comfort for the family of Ruben Andres Martino by sending flowers.

We encourage you to share your most beloved memories of Ruben Andres here, so that the family and other loved ones can always see it. You can upload cherished photographs, or share your favorite stories, and can even comment on those shared by others.

Posted Dec 17, 2020 at 10:38am
Joyce and family, We are with you in spirit during this time. Planting these trees is symbolic of his legacy of caring for his family and others.

Posted Dec 14, 2020 at 09:45pm
May you find comfort in knowing Ruben left an indelible mark on all the lives he touched. Peace be with you.

Posted Dec 12, 2020 at 06:21pm
Our very deepest condolences. It's a terrible loss to his family, friends, acquaintances, judicial community, and society as a whole.

Posted Dec 30, 2020 at 03:16pm
Dear Joyce: My most heartfelt sympathy for your loss... My thoughts and prayers are with you and your family during this difficult time. With love, 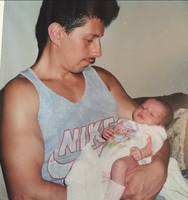 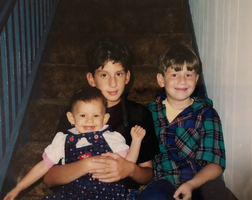