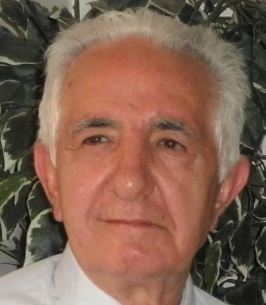 Santo Lamari, of Yonkers, New York, passed away on Tuesday, May 24, 2022, at the age of 86. After a few difficult months burdened with health-related issues, he died peacefully with his wife Nunzia and their children by his side.

Santo was born in Sortino, a small mountain-side town in Sicily, on February 9, 1936, to the late Giuseppe Lamari and Maria (Failla) Lamari. He was the third oldest of six siblings, and when he was in his 20s, he and his parents and siblings immigrated to the United States in search of a better life. Santo made sure to settle into a secure job before returning to Sortino to marry the love of his life, Nunzia, and bringing her back to New York, where they would start their life together. They were married for almost 60 years, and until his very last day on earth, their love for and devotion to each other was obvious to all.

Santo will be dearly missed by his loving wife, Nunzia “Nancy” (Blundo) Lamari; his son and daughter-in-law, Joseph and Dana (DiFrancesco) Lamari of Chappaqua, New York; his daughter and son-in-law, Maria (Lamari) and Michael Burden of Harrison, New York; his adored grandchildren, Tyler and Luke, and step-grandchildren, Hailey, Madison and Zachary Rosenthal; his sisters Vincenza (Lamari) Marino, Sofia (Lamari) Blancato, and Angela (Lamari) Rubino; his brother-in-law and best friend, Vincenzo Blancato, and many nieces and nephews. He was preceded in death by his parents, his brother Egidio and his sister Lina (Lamari) Valenti.

In lieu of flowers, donations may be made to the American Cancer Society.