To share your memory on the wall of Sr. Mary Therese Hannaway, sign in using one of the following options:

Provide comfort for the family by sending flowers or planting a tree in memory of Sr. Mary Therese Hannaway

Provide comfort for the family by sending flowers or planting a tree in memory of Sr. Mary Therese Hannaway

was born in The Bronx, NY on August 22, 1932 and passed peacefully at Cabrini Nursing Home (Dobbs Ferry) on March 3, 2021 in her 71st year as a Sister of Charity surrounded at her bedside or virtually by her ... Read More
SISTER MARY THERESE HANNAWAY

was born in The Bronx, NY on August 22, 1932 and passed peacefully at Cabrini Nursing Home (Dobbs Ferry) on March 3, 2021 in her 71st year as a Sister of Charity surrounded at her bedside or virtually by her family. She was predeceased by her immigrant parents from County Armagh, Northern Ireland, Mary (Callaghan) and John Hannaway and by her brother in law James Warde. Sister is survived by her sisters, Sister Bernadette Hannaway O.S.U., Margaret Warde and Anne (John) Walker and by her brother John (Kathy) Hannaway. Also surviving are six nieces and nephews: Marybeth (David) Young, Anne Therese Warde, Susan Warde, John C. (Elizabeth) Hannaway, Matthew Walker and Katherine Walker: and five grand nephews: Connor (Kayla) Young, Liam Young, Declan Young, John R. Hannaway and Hugh Hannaway..

Sister Therese (“Tease”) and her siblings grew up in St. Jerome Parish. After graduating from Cathedral High School in 1948 and after a few years in the business world, she entered the Sisters of Charity of New York in September 1950. After her training as a novice she began her teaching career while earning B.A. and M.A. degrees from the College of Mount St. Vincent and Manhattan College respectively. Sister Therese taught in or was principal of elementary schools throughout the Archdiocese of New York (from Saugerties in Ulster County to Staten Island and almost a score of schools in between) continuously until her reluctant retirement in 2010.

Sister Therese was an outstanding teacher and administrator, both beloved and admired by her students and their parents. She brought great joy to all who met her and gave wise and prayerful counsel to all who leaned on her. Sister Therese delighted in being a Sister to all; and she was the embodiment of Charity. She will be greatly missed.
Read Less

Consider providing a gift of comfort for the family of Sr. Mary Therese Hannaway by sending flowers.

We encourage you to share your most beloved memories of Sr. Mary Therese here, so that the family and other loved ones can always see it. You can upload cherished photographs, or share your favorite stories, and can even comment on those shared by others. 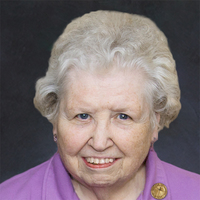